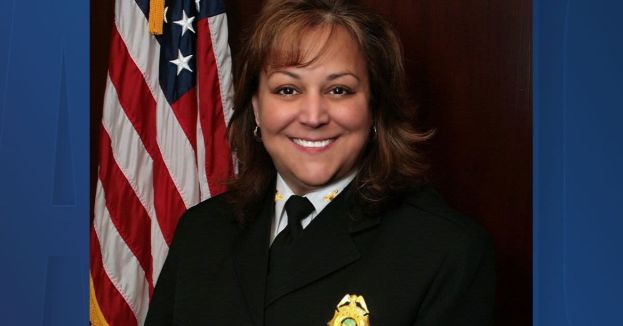 Tampa, Florida's police chief pulled a move she shouldn't have made.

Body camera footage shows that the chief showed her badge when she was stopped at a traffic stop in an apparent attempt to get out of the ticket.

Police Chief Mary O'Connor and her husband were pulled over on November 12th by a Pinellas County deputy for driving a golf cart that didn't have a license plate, according to Fox News.

The deputy explains in the video that the couple is being pulled over for driving a golf cart without the proper tags.

During the stop, O'Connor asked if the body camera was recording. The deputy responds that it is. At that time, O'Connor stated that she was the chief of police in Tampa and that she was hoping that the deputy could just let her go.

On that night, the couple was permitted to go about their way.

However, the video footage was eventually released, and O'Connor was required to issue a statement in which she said that her remarks on the video were made in poor judgment. She says that she understands that her handling of the situation can certainly be viewed as inappropriate for someone in her position.

She said the following about it:

"It was poor judgment on our part to be driving a golf cart on a public roadway without the appropriate tags. This was the first time we had exited the golf-cart friendly community in which we own property with this vehicle, prompting the need for a license plate,"

IS IT TROUBLING THAT US INVESTORS ARE SPENDING BILLIONS ON CHINAS AI?

She also followed up with the following:

"In hindsight, I realize how my handling of this matter could be viewed as inappropriate, but that was certainly not my intent. I knew my conversation was on video, and my motive was not to put the deputy in an uncomfortable position. I have personally called the Pinellas County Sheriff offering to pay for any potential citation."

She even went on to express that she wanted to apologize to the people of Tampa for her actions. She knows that they put their trust in her to do the right thing, and she feels that she let them done in this situation.

Mayor Jane Castor released a statement about the situation, saying that O'Connor would be placed on administrative leave for the time being.