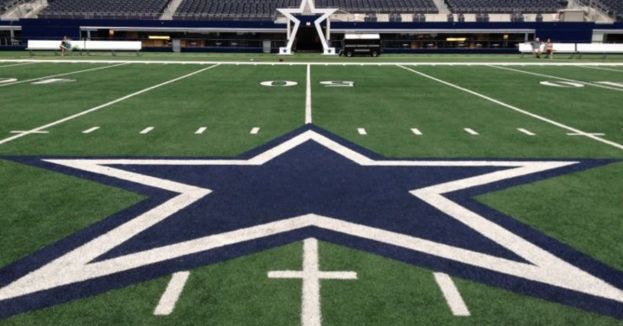 On Thursday, Prescott responded to remarks recently made by James regarding an event where Jones observed a confrontation between white students intent on stopping black students from integrating into their school. The incident was in 1957 when Jones was a 14-year-old student.

The Washington Post revealed information about the incident 65 years ago through a photo taken.

When Prescott was asked about the remarks James had made, he declined and said, “Obviously, we can be more empathetic and give grace to one another, regardless of race, from the times we’ve come from to where we are now, thinking about the growth we’ve had.”

Prescott pointed out that his outlook on race relations comes from his perspective as a biracial person. He said, “That’s who I am, how I think - optimistic.” “I mean [as] a guy who is completely biracial, black and white, it’s easy for me to speak on race on one side or another.”

Prescott stated it is “on Jerry to address” and “In the same sense, it was 65 years ago and how times have changed.” “I mean, look at the man’s resume then, right? As I said, I give grace.”

A report by Outkick pointed out that the picture shows Jones standing in the background observing the confrontation, not participating.

When Jones was asked about the old black-and-white picture, he told the media, according to Yahoo!, “That was, gosh, 65 years ago, and a curious kid. I didn’t know at the time the monumental event that was going on. I’m sure glad that we’re a long way from that. I am. That would remind me: Continue to do everything we can not to have those kinds of things happen.

Outkick is quick to point out that the “curious kid” Jones described himself as fits with the photo and that it is a stretch to include Jones as one of the participants attempting to halt the school’s integration that day. There is no proof.

The Outlet report asks if we want to live in a society where elderly men are judged by something that happened when they were teenagers and do people living in 2022 want to judge others based on incidents that occurred in the 1950s.